Well, I had every intention on keeping a weekly training diary. But then my blog broke and I couldn’t get WordPress to work on my iPhone anymore. And it would have taken me too much time to troubleshoot, time I don’t seem to have these days. So, I just let it go. And now here I am, stealing a few minutes while Walter naps, vomiting up anything I can think of since my last update. 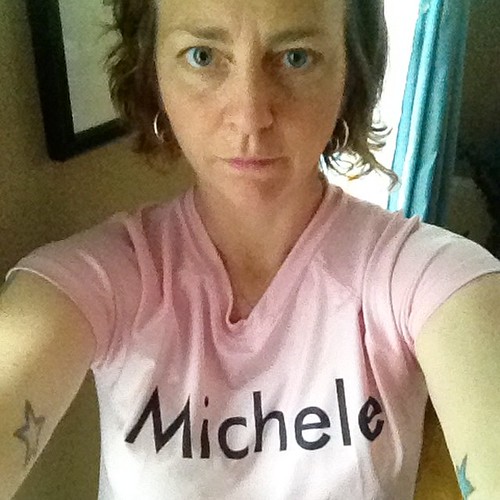 I’m just going to dive right in, ok? (Warning TMI ahead.) I finally overcame all the gut issues I’d been having. They are a thing of the past. Thank goodness. And given what took place right around the same time, I think I know why I was having so many issues. I got my period out of nowhere six weeks ago and went through a pretty rough hormonal shift. If you’ve ever had children, you might know how awful those first few cycles can be. It’s as if your body is making up for lost time. Hormones hit with an intense vengeance, you’re sweating one moment, freezing the next. You go from laughing uncontrollably, to sobbing . You’re doubled over in intense pain. Just getting by can be difficult let alone running 15+ miles. But I tried. And it was terribly difficult.

I became discouraged. And nearly threw in the towel. But then Corie reminded me about that postpartum shift, so I relaxed a bit.

Then I broke my toe tripping over Walter’s bouncer. I knew this was more than your average bash because I nearly threw up on impact. Then I almost passed out. Nausea poured over me like a bucket of bleach removing all the color from my skin. When I finally composed myself, I assessed the damage. The top part of my middle toe on my left foot was sideways. I took a deep breath and yanked it back into place, taped it to the other toe, and did what any smart human person does: try and pretend it didn’t happen.

I took time off to let it heal, 7 days. Then I did a quick 4 miler. It hurt a touch, but it wasn’t awful. I could run ok. But I decided it was time to get some X-rays. I needed a doctor to tell me one of two things: “Go for it!” Or “You must stop, you’ll lose your foot!”

Long story short: it was a tiny break. But given where the break occurred, I was told it won’t get any worse and if I can run, to go ahead and run. So that’s what I have been doing, albeit slowly and not as often as I should be.

The following weekend I put away an easy 15.

The weekend after that, I ran 20. Twenty miles was really, REALLY hard. Mile 18 onward I found myself talking to clouds, Jesus, pigeons and geese. My body was having trouble, but I swear I could see through time! Other dimensions were perfectly visible to me. I was blissfully losing it. I realize now I needed to hydrate. I finished off my Gu Gels and my Gatorade way back at mile 11. So, yeah. Hydration is important. Also: salt. I am hoping this doesn’t take place during the actual race (should I make it that far) since they will have fueling stations at every mile.

I’ve been tapering ever since. And I haven’t done much in the way of weekly runs in hopes of letting my toe fully heal. It still aches from time to time, particularly before it rains. Weird.

Guys: I’m nervous as hell. No, actually, I’m terrified. I keep having these half awake, half asleep nightmares at 4 AM. I’m alone on the Verrazano Bridge, dark autumn clouds taunt me from all around. The city looms in the background. I’m cold and I’m looking for my family. I think: I can’t do this. That’s what I believe at 4 AM. And those raw, 4AM thoughts are often my most truthful. 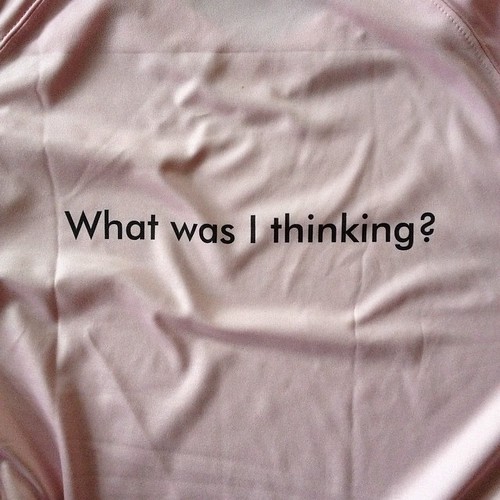 I don’t think I’ve ever been so afraid.