I am in the middle of a longer post about soccer camp, which we began on Monday, but it’s slow going because I’m slow going (and without any childcare this week). So for now, I’ll leave you with a picture.

It poured today. Em didn’t care. He loved it. And at some point during the rainstorm he put this outfit together. 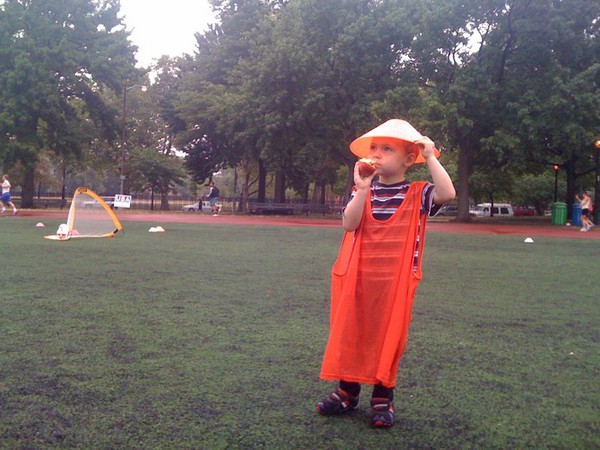 My little boy has some issues following orders and rules of any kind, but he’s actually a pretty damn good little soccer player! The coach took me aside this morning and told me he’s really quite good at dribbling, uses both feet to kick the ball, and isn’t afraid of getting in the way of it or falling down. But he needs to start following directions. He’s still 4 weeks shy of three, so I’m hoping we have some time to work on this. ;]

Anyway, more on that later! Hopefully with a video.