I’m currently working with Etsy on something. I can’t really talk about it just yet. For starters, I’m not sure I’m allowed to. I’m also not really sure what’s going on just yet. What I do know is that my lollipops are involved. And I am as well. On top of that, they commissioned me to make cupcakes. 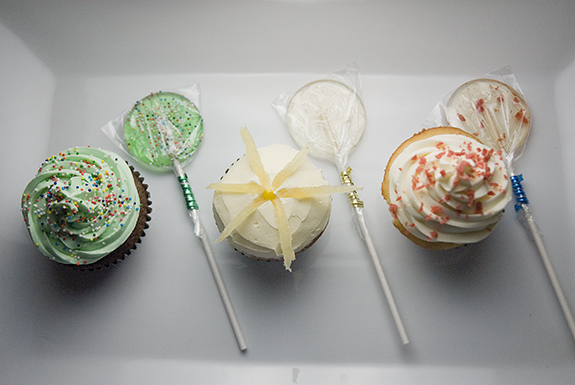 I had very little time to come up with something and so yesterday I hit the ground running.

I decided to create three flavors based on my lollipops. Why not keep my business consistent, right? Here is what I’ve done so far.

The First Trimester in cupcake form:

Mint Chip on a Stick in cupcake form: 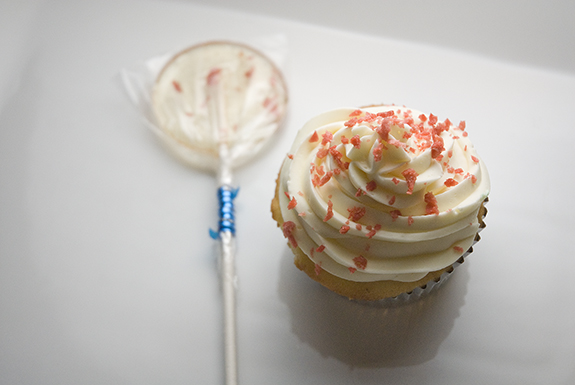 Just a few things to note: I was completely floored at how well the cupcake version of Rise ‘N Shine came out. I never would have thought a bacon bit covered cupcake could taste so good! But! Alas! It does. The maple icing works really well with the saltiness of the bacon bits. I was pleased with my outcome. 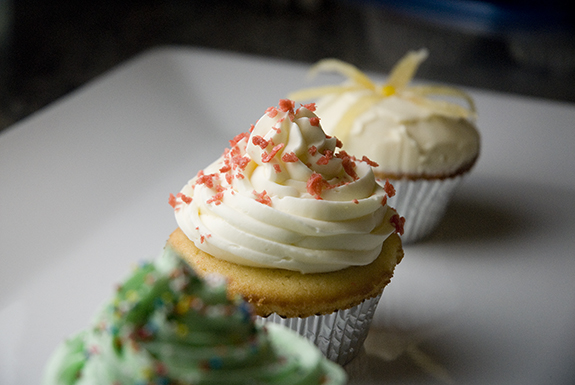 The mint chip tastes JUST like the ice cream I had as a kid. This one is a dead-ringer to the lollipop.

The ginger cupcake paired with the fresh lemon buttercream works well too. But that’s not too surprising. Of course it does. I’ve eaten ginger lemon cupcakes before. It’s a match made in heaven!

I don’t know what to say, y’all. Thanks to Etsy, I’m now hooked. I want to roll them ALL out—weird or not. I need to try. So this is going to be my summer project.