Y’all, I don’t know what’s going on lately. I can’t seem to find time to post even though there’s a lot going on! Perhaps that’s why? But I want to change that. I need to make a plan and stick to it. I will come up with that plan straight away.

In the meantime, here are a few photos we’ve taken over the past couple of weeks.

Emory tried on some tiny skis and then refused to take them off. I can’t wait until next year whenever we can actually take him skiing, with snow. Also: I’m very happy he’s more interested in skiing than snowboarding since his mama does one and not the other. 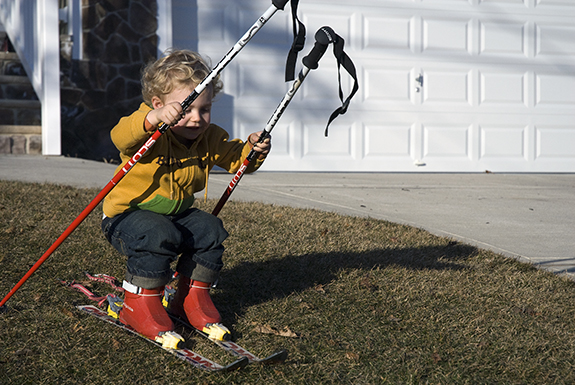 We visited the playground at Union Square. This is what I twittered while we were there:

Seriously, y’all, this playground put the one near us to absolute shame. I couldn’t believe it. There wasn’t a Sharpie drawn penis in sight, nor were there any used condoms. I don’t get it. 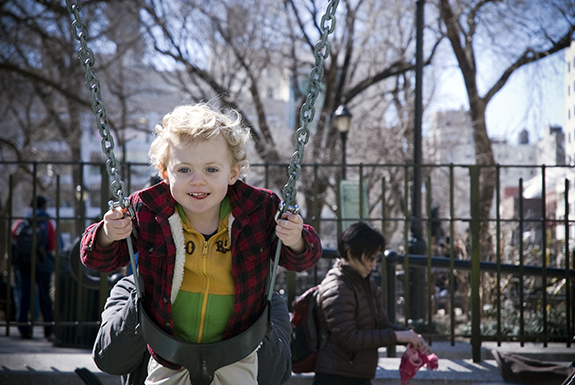 We attended a party at our friend Keith and Melanie’s house for their 1-year-old. It was awesome.  And LOOK AT ALL OF THESE BALLOONS! It’s like kid heaven.

My son was completely floored. He even posed for a picture, something he never does. 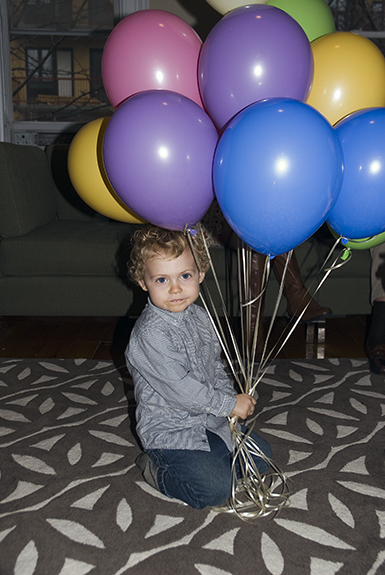 That’s it for now. I promise I’ll update this puppy more often. It’s either that or sell it to the highest bidder.